In the beginning…our Legendary bearded Co-Founder Craig was laser focused on crafting the best beard oil ever. At the time, launching a Legendary business to share it with the world, was not even a consideration.

It was Thanksgiving Day and Craig decided he was going to grow a beard. Something he’s been wanting to do for years and now it was the time!  And if you know anything about Craig, you’d know he wasn’t going to grow any ordinary beard…growing a Legendary beard was the only option!!

The problem, Craig is not one to settle for average and average beard oil was all he could find. He tried many. So, Craig began his journey. A journey to create the best beard growth oil on the planet by researching scientific studies on real hair growth and gathering facts on how chemicals bond when mixed together.  It was trial after trial.

We have many things to be excited about.  Most of all, we’re excited to be joining you on your own journey to a Legendary Beard!!! 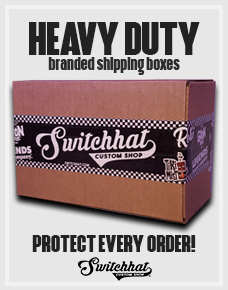 Learn about your universe.

Did you know, if one square centimeter of electrons were placed at the base of NASA’s Space Shuttle, the gravitational pull would be so strong…that the shuttle could never leave the launchpad!

Did you know, gold is so dense, that one ounce can be rolled thin enough to cover one full acre of ground? It's true!